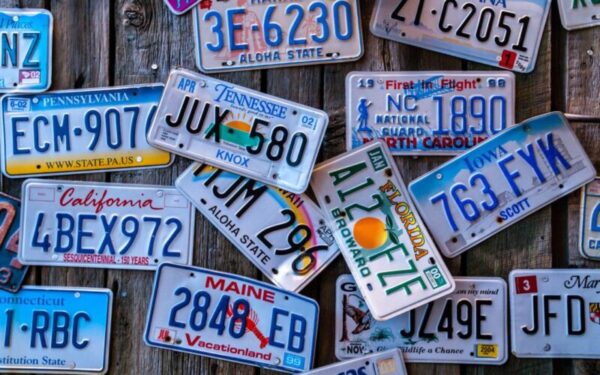 The below discussion outlines the differences between the two applications and the key factors determining each method’s success. Watch the short video below or continue reading.

The speed at which a camera takes pictures is usually measured in frames per second (fps). The higher the frame rate, the more likely it is that you will be able to capture a license plate from a moving car. However, the frame rate is inversely proportional to resolution, meaning that increasing the camera’s frame rate reduces the image resolution. The frame rates of cameras used for capturing license plates are typically between 30 and 60 fps. 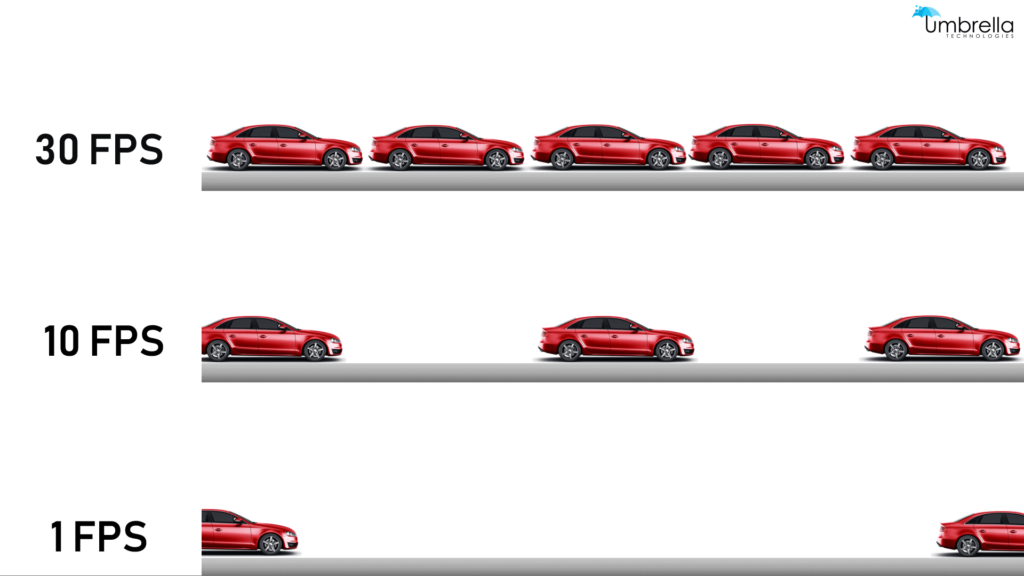 Pixel density primarily determines a camera’s image quality or resolution. Resolution is typically measured in pixels per foot (ppf) or pixels per meter (ppm). An image processing software will have a specific resolution requirement, but human readers are much more subjective. A high-resolution surveillance camera used for license plate cameras typically has a pixel density of at least 60 ppf or 110 ppm.

A camera requires a longer exposure time to compensate for poor lighting, resulting in a reduction of frame rate. In particular, the lighting for license plate capturing increases the challenge of capturing license plates at night. The most common solution to surveillance camera lighting is positioning the camera so it is not facing directly into a light source, which usually means it’s placed between 10 and 15 feet above the ground. A housing with a high-contrast filter is another option for handling glare at night.

Image stabilization is a collective term for techniques that reduce the blur caused by a camera taking a picture while moving relative to the subject. These techniques primarily compensate for pan and tilt, although some cameras also compensate for rotation. Image stabilization is critical with long exposure times and when using lenses with long focal lengths, such as telephoto and zoom lenses.

A longer exposure time, or shutter speed, increases motion blur and reduces the camera’s light requirements. A camera at a high-speed location, such as a through the street, will typically need a shutter speed no longer than two milliseconds. On the other hand, a camera covering a location with slow-moving vehicles, like a gate or parking lot entrance, may have a shutter speed as long as four milliseconds.

A vehicle’s speed has a direct effect on the challenge of capturing a license plate. A higher speed requires a higher frame rate to record an image with the vehicle in the proper position. However, a faster shutter speed will need more light. 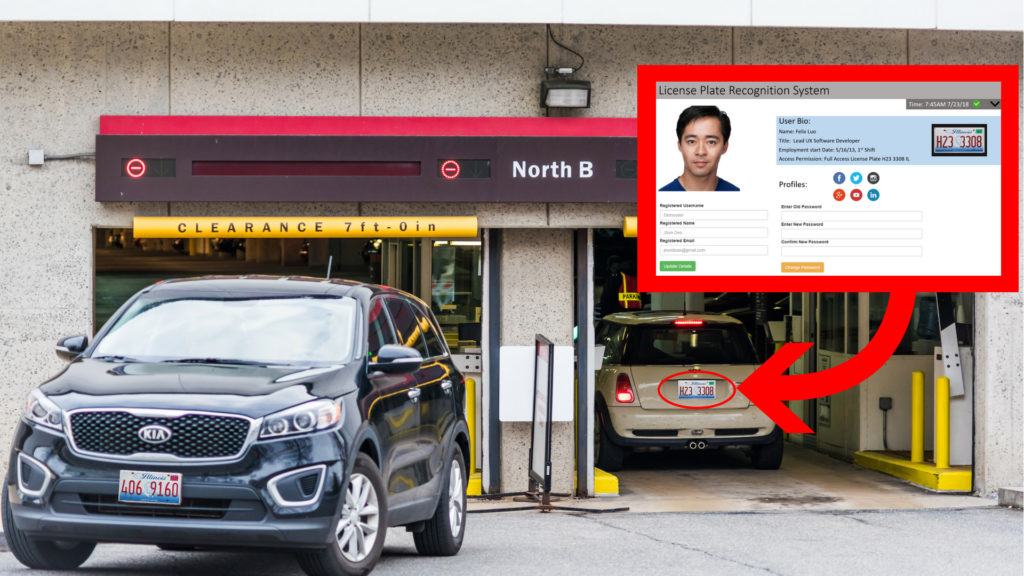 LPR systems currently use the following seven types of algorithms to identify a license plate number:

Plate localization algorithms identify the license plate in a given image and isolate it from the rest of the photo. Plate orientation and sizing algorithms compensate for a skewed image and adjust for its size. Normalization is the process of adjusting the image’s brightness and contrast, while character segmentation algorithms identify the individual characters on the plate. Optical character recognition (OCR) is the conversion of printed text to encoded text. It was initially used for encoding documents, but OCR algorithms have since been specifically designed for license plate recognition.

The syntactical and geometrical analysis involves using country-specific rules to identify characters and their positions within the license plate number. Recognized values may also need to be averaged over multiple images to increase the confidence of identification. This algorithm is essential for license plate recognition as the images frequently contain reflected light and partial obstructions.

Standalone LPR systems perform the entire recognition process on-site, in real-time, and typically within a fraction of a second. This process includes capturing the license plate image and recording associated information, such as lane identification and date/time. A standalone LPR system can store this data on-site or transmit it to a different computer off-site for additional processing.

An ALPR system can be integrated with third-party software that isn’t made by either the system’s manufacturer or its servers. These systems will transmit images to a remote location as they’re recorded, allowing the software to process the images further. ALPR software usually runs on standard personal computers (PCs) and can be linked to databases and other applications. This arrangement typically uses a server farm containing many PCs, allowing the ALPR system to handle high workloads. The need to continually transmit images to a remote server also requires the transmission media to have high bandwidth.

The nature of license plate capture and recognition systems means they need to work right every time. Choosing the right camera and video surveillance installation company can be a crucial decision, especially when you’re looking for a license plate capture technology or recognition system. A security camera installer should select each camera for the specific application and environment due to the unique challenges of capturing and recognizing license plates from moving vehicles. A security company also needs to set the shutter speed correctly, as there is often a narrow gap between a shutter speed that can make an image too dark and one that can make it too blurry. Contact the video surveillance experts at Umbrella Technologies for a free consultation on the best license plate capturing camera for your needs.