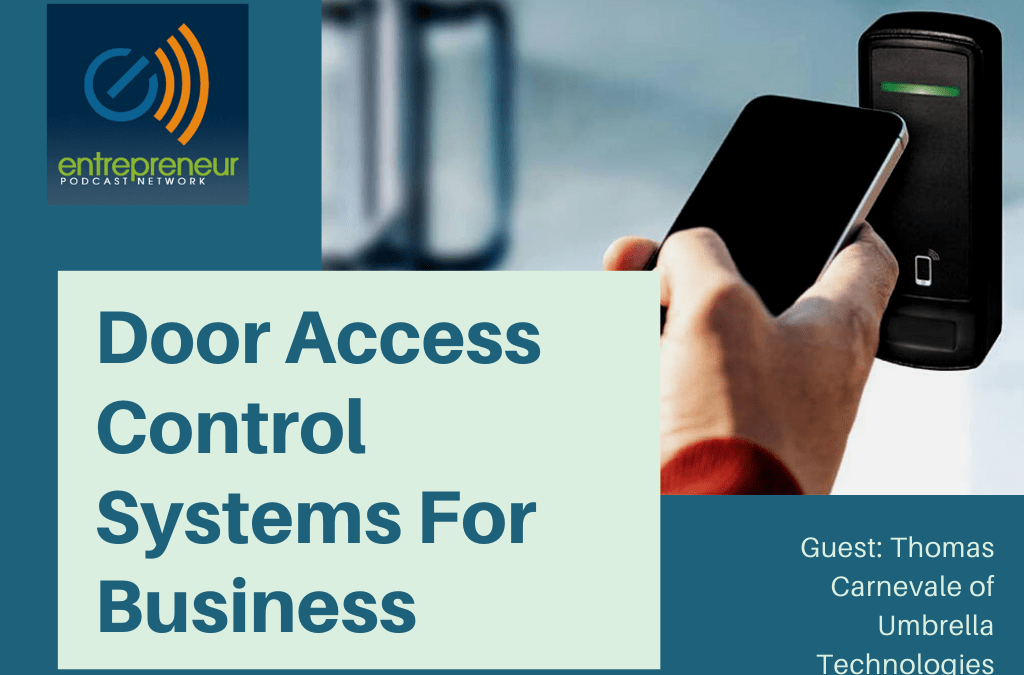 “An electronic door access control system is a key component to all types of businesses ranging from the SMB market to the enterprise.”

For example: if you are a business owner and you left for the day but suddenly needed to open the door for the cleaning crew, ten years ago, you’d have to drive back to the office and open the door. In today’s world, that same business owner can unlock the front door with their mobile device for a few seconds to allow the cleaning crew into the building! All thanks to your business’ electronic door access control system.

Not only is a door access control system a vital security need for offices, but it is also an operational tool that makes managing a business so much easier.

Our access control technology simplifies the management of every aspect of your physical security entry operations. With all the customization options, managing and scaling security operations is hassle-free. Umbrella Technologies wants you to have the best Access Control System possible that fits your specific needs and specifications. 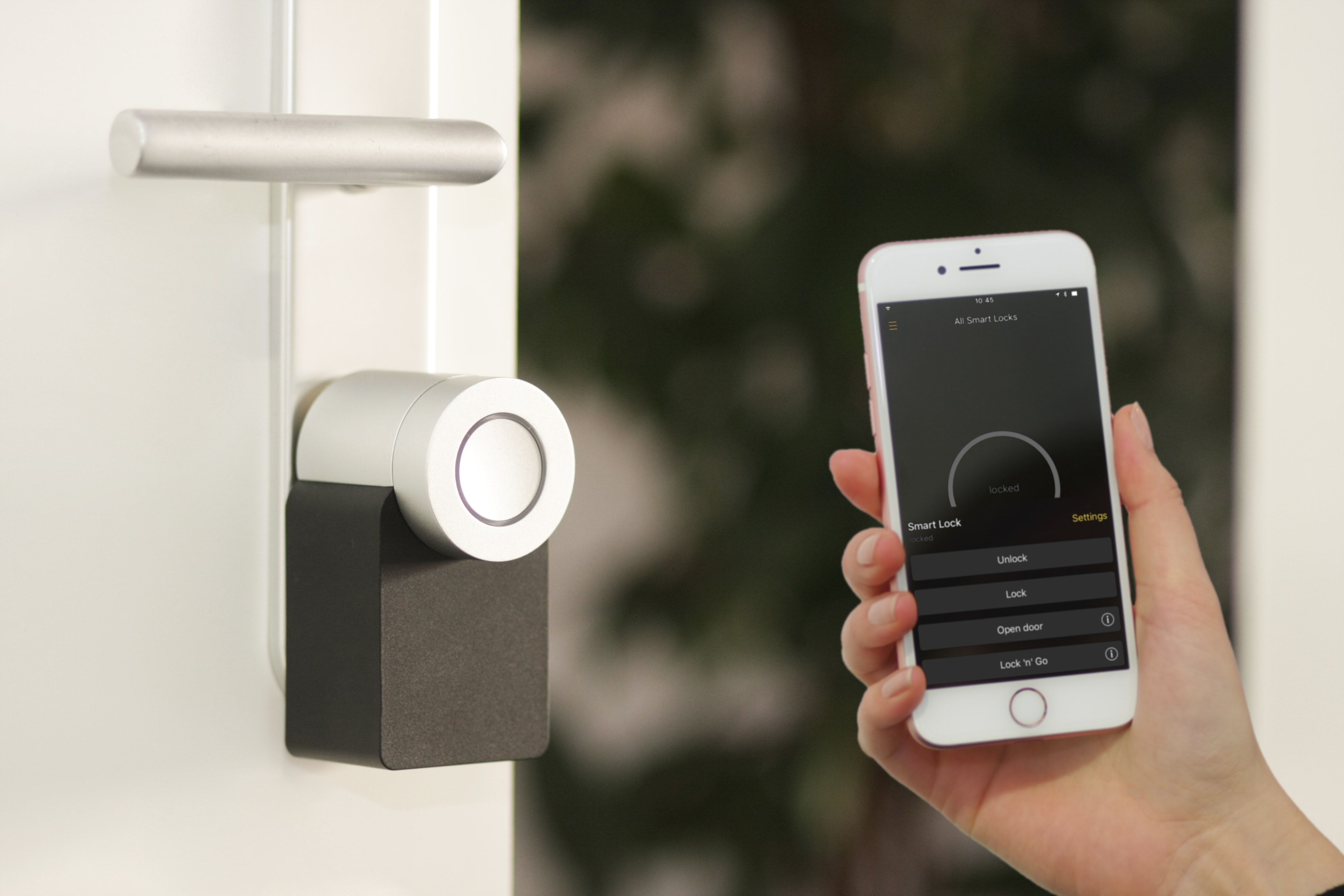 The “best” access control system is entirely relative to the type of business. There are so many types of access control systems out there! It depends on several factors such as the employee count; more employees and a larger facility could decide if they want to have a database integration. For example, suppose a business operates under an active directory or using Google to manage their employees. In that case, they can synchronize an access control system that is compatible with those databases to run their credentials effectively.

Another scenario is that you have a bad experience with an employee that needs to be terminated. Their access to the business via the control system’s credentials can be eliminated. You can also control the access that employees have within the facility. For example, they may have access to open the front door but not an office or storage room.

Several variables add up to the best access control system for a business, whether they should have an on-premise server that houses the database or in the cloud. There are other options to consider, like mobile credentials. There are several different options. It comes down to having a security consultant sit down with a potential client and understand their business model and their security needs. Having the right access control system shaped for your business is just a click away with Umbrella Technologies. 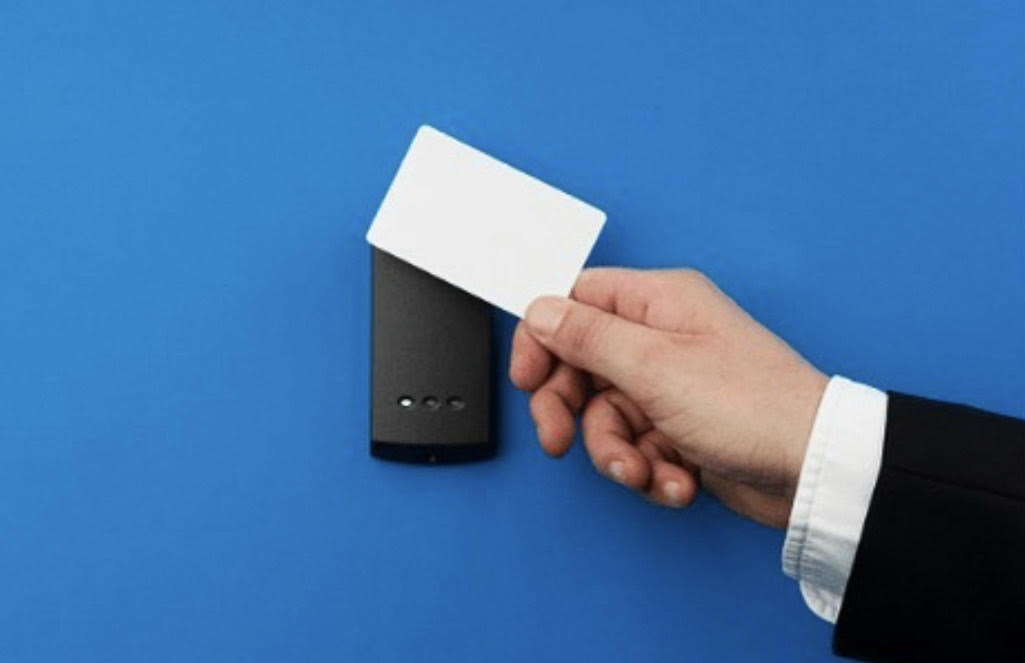 For starters, there are on-premise access control systems. The access control server would be housing all of the credential databases on-site. This is a physical server that would be located on the company premises and that manages the credentials. It then communicates to the door controllers, which operate the doors. The open alternative to an on-premise system includes a cloud-based system.

We get a varying degree of opinions of what it costs to manage an on-premise server or host services in the cloud. Whether it’s access control systems or databases, most enterprise solutions are trending toward cloud management in the 21st Century. Access control systems hosted in the cloud can be a solid fit for many businesses, especially when they have multiple locations.

This cloud management has also reduced cost if you measure the number of credentials that a business door access control system would have, against physical locations, amount of doors, and people that a system like this would supply. 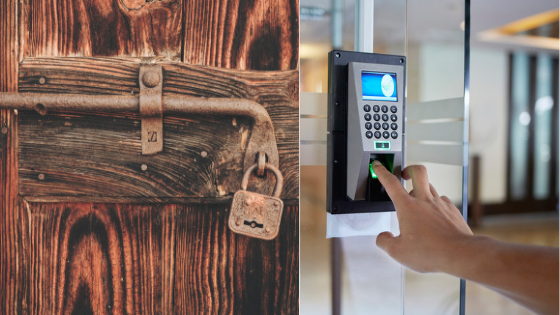 Access control is a critical component of an overall commercial security system, but it is one component. Integrating access control with an enterprise video surveillance system allows larger businesses to have the ability to verify credentials as they’re entering the door.

So, for example, we’ll say that John Smith enters the front door. There’s a surveillance camera showing that entry. That credential database, as previously mentioned, is setting up from its origin with the Active Directory. Typically, when new employees hop on board, a picture of them is taken, their roles and responsibilities are defined, and their authorization levels and access to the facility are set.

In addition to the credential database, video surveillance integration allows a human being who is walking through that door to be verified on video in real-time. Cross-checking a person’s credentials with synchronized video surveillance enables security operators and IT managers to audit access logs without having to reference multiple databases. It’s an all-in-one unified platform that can help secure your business.

Also available is the integration of intrusion detection, like glass break sensors and panic alarm systems. These are all types of solutions that could be combined for your business in a total security system integration. 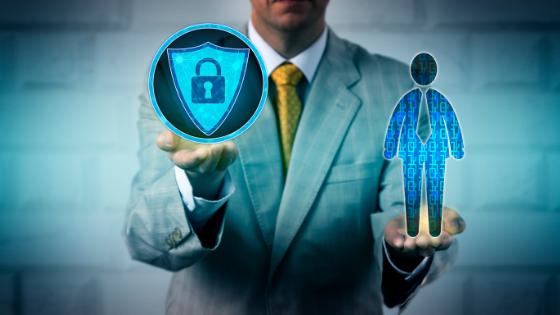 It is an exciting time for the access control market. The original protocol for access control is called the Wiegand protocol. This is something talked about on Umbrella Technologies’ Founder & COO Thomas Carnevale’s podcast, Security in Focus.

Security experts worldwide talk about several different security-related topics on the podcast, including Access Control Protocol, which is essentially in 90% of all commercial facilities. Access Control Protocol has not changed drastically in over 40 years. Anyone who does a couple of Google searches can understand what the Wiegand protocol is and infiltrate it.

New technologies are emerging called OSDP Protocol, a set of secure and encrypted protocols that make access control systems incredibly safe. In 2019, a Google employee decided to hack their access control system at Google’s corporate headquarters, endangering the entire system. This was one of the significant events that finally allowed the access control market to recognize some of its vulnerabilities and implement more secure protocols, such as OSDP.

“The future of access control systems lies in mobile credentials; using smartphones so users can gain access without a keycard … Credentials are [also] being aligned with facial recognition. Instead of a card, instead of a mobile phone, or a key fob, people can have the correct access through facial recognition. So, there is a lot of integration happening with access control systems and a lot of different legacy systems that still need upgrading to get away from the insecure Wiegand protocol.“ -Thomas Carnevale, Founder & CEO of Umbrella Technologies

In this interview conducted by Enterprise Radio for Entrepreneurs, Thomas Carnevale details the pros and cons of various commercial access control systems that business owners should consider when securing their people, facility, and intellectual property.