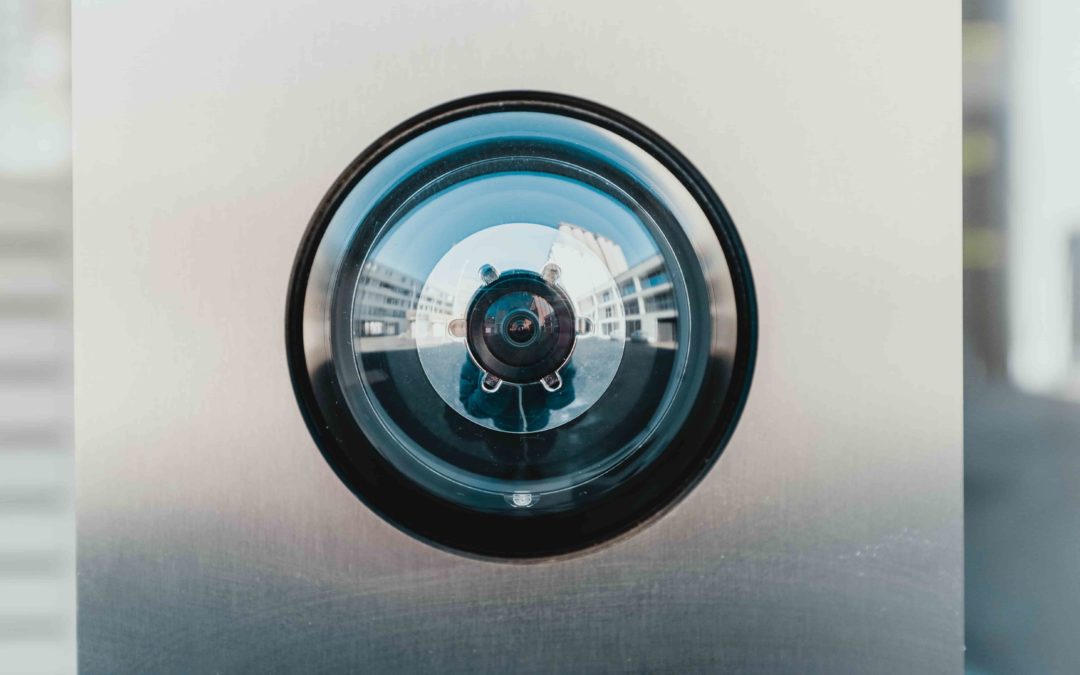 What is a Panoramic Surveillance Camera?

The most unfortunate fault of typical security cameras is blind spots. More often than not vital surveillance evidence is lost due to limited field-of-view from standard cameras. Though adding more cameras would technically solve the issue, that is not always an effective solution. It will bring about higher costs for installation, software licensing, and maintenance. A quality commercial security systems engineer will tell you that installing a fisheye or panoramic surveillance camera will solve this problem delivering less blind-spots and more situational awareness.A panoramic surveillance camera has several on-board sensors. Typical configurations can be a dual-sensor which is perfect for hallways in most commercial applications, the quad sensor best used indoors in large areas like auditoriums, gyms, or exterior corner mount of the buildings. Adjustable multi-sensor cameras can have each sensor pointed to a different direction and optical zoom ratio looking at different areas both near and far. This outline will deliver the benefits and drawbacks of the different breeds of panoramic surveillance cameras on the market today that are best used for commercial security systems.

The greatest advantage is the ability to record a 180 or 360-degree field of view at all times. This reduces the number of cameras required to provide surveillance of all areas. Fisheye- or panoramic surveillance cameras have a single sensor and utilize a fisheye lens.  This breed of camera typically relies on dewarping software to correct the fisheye circular image and enable the pan-tilt-zoom of the live and recorded images. These cameras ensure no detail slips away without notice considering the wide field of adaptable view. The solution to capturing effortless footage of all areas is integrating a discreet 360-degree  fisheye camera into your facility. 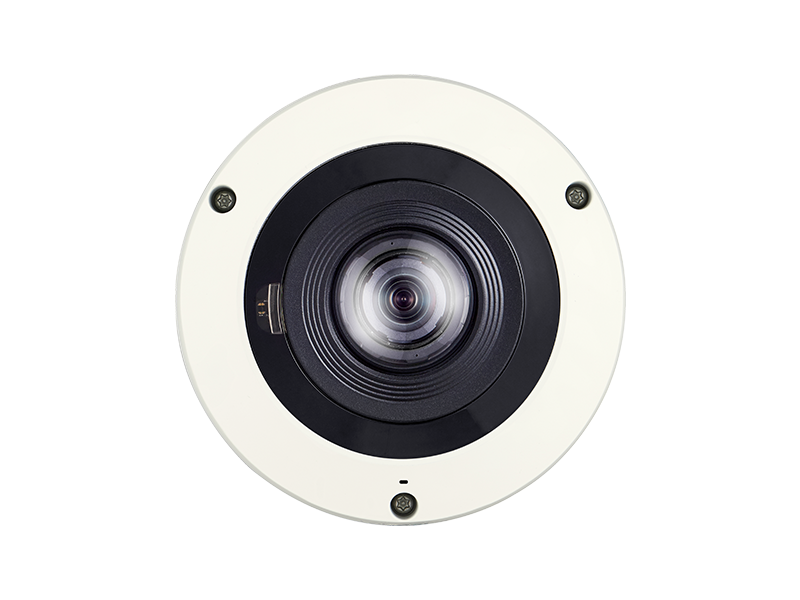 Since the camera is a single-sensor with a ‘super’ wide-angle lens the camera distributes the sensor’s pixels over a wide-field-of-view.  This is often great for lower-ceiling mount applications but when trying to get forensic details at a large radius over 30 ft fisheye cameras will become more pixelated.  Know your security objectives before using fisheye cameras to cover large areas as they may be best served to be used as a situational awareness camera only and you won’t necessarily need 360 cameras everywhere. 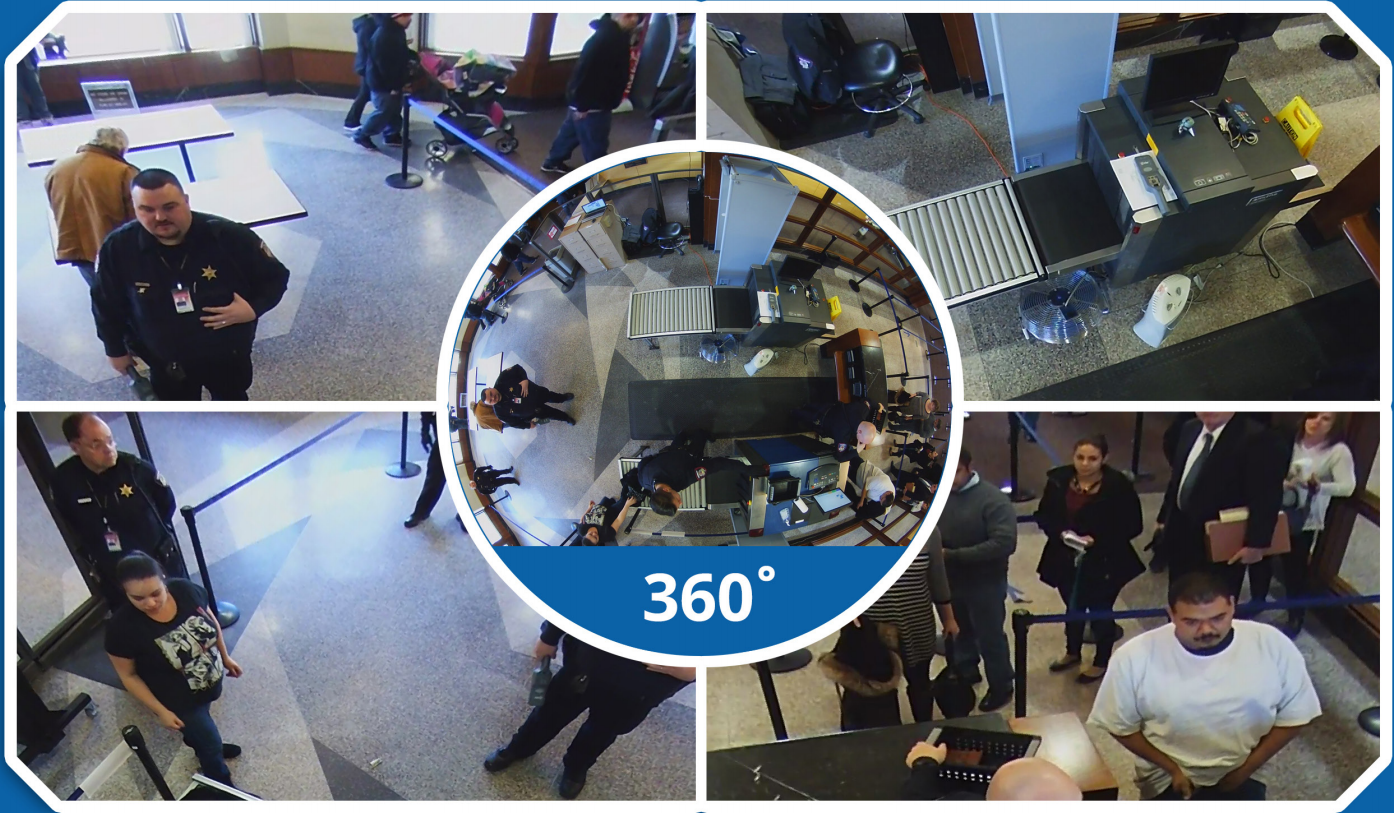 Multi-sensor cameras are highly intelligent. Many of them are equipped with a wide range of video analytics. These include adaptive motion detection, camera sabotage, object or people counting, removed object detection, and a variety of other intelligence. All of these contribute to superior overall security by sending out alerts for any unusual or abnormal activity that may require further investigation. Multi-Sensor with PTZ Extension- These cameras traditionally only used outdoor combine the best of both works the ‘overview’ of the 4x panoramic sensors and the optical zoom of the PTZ that can get detail at long distances.

As opposed to monitoring several cameras, a multi-sensor camera with built-in video analytics can alert operators to events in real-time, allowing them to view only those areas of importance that request their attention. Once an operator receives an alert, they can digitally zoom in on a designated area within the wider view to decide the appropriate response needed to resolve the issue. The main drawback of these devices is their cost. Though the technology is worth it, you may want to consider if your facility requires this sensor before incurring the cost. A commercial security systems integrator can assist you in determining if this technology is a necessity for your facility as well as considering panoramic surveillance cameras equipped with this tech. 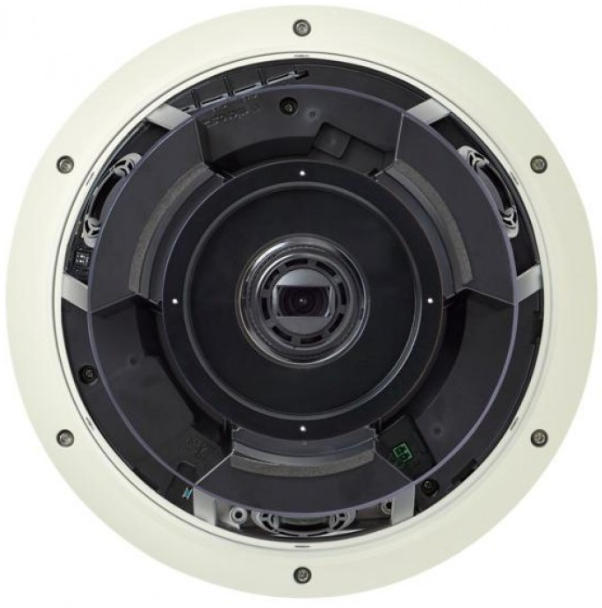 Though they are not as equipped with as many sensors as multi-sensor devices, dual-sensor video surveillance cameras still serve a great purpose. They provide high-quality footage, but do not have an overkill of capabilities and ultimately are very cost-effective. These cameras provide value through being placed in well lit interior areas and are effective most commonly in intersecting and L-shaped hallways as well as small lobbies. These cameras really come in handy for saving money while still acquiring surveillance for low traffic areas.

A Breakdown of Applications for Panoramic Surveillance Cameras

Typically mounted on indoor ceilings, panoramic surveillance cameras are a necessity for commercial facilities working best in high traffic or private indoor areas and parking garages. These cameras also work well mounted on walls in certain areas. It is best to place the cameras in wide-open areas and avoid corners so that you can harness the full effect of the fisheye capabilities. Along with that, it is important to use cameras with a high resolution and avoid areas with inconsistent light so that when you process the footage it will come out efficiently when dewarped.

In summary, this guide is intended to help end-users decide what is the best solution for their application.  Some manufacturers will tell you that their products and brand are the ‘best’ for every application when in reality that might not be the best fit for your facility. Our mission at Umbrella Technologies is to put the right product in the right application to serve the needs of our clients while clearly outlining the advantages and disadvantages, along with short-term and long-term costs. Do you need a free consultation on your next security project — Let’s Talk!